View of Piazza Navona, the Fountain of Neptune and the Four River Fountain 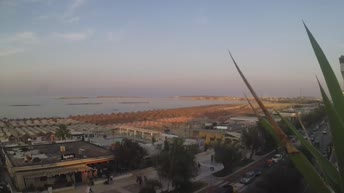 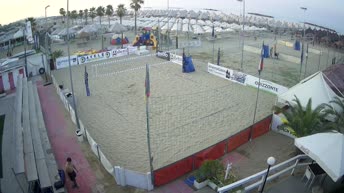 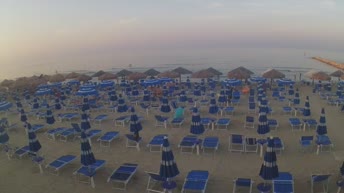 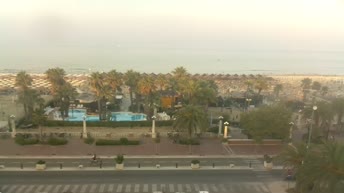 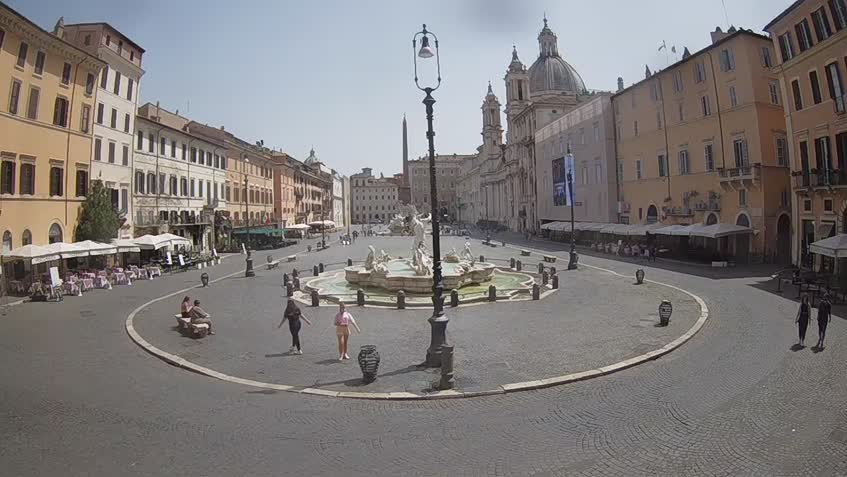 Take a virtual trip to the Eternal City with our live cam in Rome overlooking Piazza Navona!
Piazza Navona is one of Rome’s busiest squares, located in the city’s very heart. Street artists fill the plaza, attracting hundreds of locals and tourists daily! This piazza is home to breathtaking masterpieces such as Bernini’s Fountain of the Four Rivers and Dalla Porta’s Fountain of Neptune. Built by Emperor Domitian, the square was intended to host chariot races and naval battles; today, it holds the Palio del Cocomero, an annual horse race that can be seen via our Piazza Navona webcam.

This enchanting Baroque-style square is the setting of Rome’s annual Christmas and Epiphany markets. Follow these magical events live with our webcam in Piazza Navona. Hooked? Explore other corners of the Italian capital city with our webcams in Rome.

Rome’s Piazza Navona is one of the capital’s liveliest plazas located in the city’s very heart. Street artists fill the square attracting hundreds of locals and tourists daily! This enchanting Baroque-style square turns magical during winter months and becomes the perfect setting to Rome’s annual Christmas and Epiphany markets.
Before the crowded Navona Square came to be, the impressive Domitian Stadium (or Circus Agonalis) stood in its place, a long concave oval-shaped arena built in 85 AD by Emperor Domitian to host competitive, non violent, sporting events and to ultimately encourage traditional Greek athletics. The stadium retraced in form the current square, it seated 30,000 people, presented a length of 275 meters and a width of 106 meters. In time the stadium bleachers were replaced by buildings that were then razed to the ground during the 15th century to make room for more modern constructions. Towards the end of the century, the city market, traditionally held at the Campidoglio, was moved to Navona Square redefining it as a public space!
Piazza Navona began to take its present aspect in 1644, when Cardinal Giovanni Battista Pamphili, later Pope Innocent X, commissioned the construction of Palazzo Pamphili, family residence, that today hosts the Brasilian Embassy. In 1647, he planned to embellish the square with an impressive fountain first assigned to Architect Borromini then to his “rival” Gian Lorenzo Bernini. The Fountain of the Four Rivers, as it was called, sits in the very center of Navona Square – clearly visible via our live webcam. Symbolizing the strength of papal authority across the globe, the fountain’s base takes the form of cliffs from which four marble river gods rise, each representing one of the 4 rivers, and related continents, known at the time: the Nile, the Danube, the Ganges and the Rio della Plata. The base supports an ancient 16 meter Egyptian obelisk, the Pamphili family emblem (a dove) was positioned at the top.
In front of the fountain stands the church of Sant’Agnese in Agone designed by Architects Girolamo and Carlo Rainaldi; unfortunately the Rinaldis and their ideas had become the target of harsh criticism and the job was soon awarded to Borromini.
Other two fountains adorn the square: the Moor Fountain, occupying the southern extremity, and the Fountain of Neptune that can be found on the northern end.
There’s so much to see and do in Rome, start exploring with our live webcam in Piazza Navona!
Fun facts
To provide Roman citizens with relief from the torrid summer heat, the fountains flooded Navona Square during the weekends of August until the end of the 18th century! Initially aristocratic in nature, this gigantic urban pool was soon open to all classes; for hygienic reasons, the tradition was temporarily abolished in 1673 then finally disused after 1866. Popular legend also recounts that in Bernini’s Four River Fountain, the statue representing the Nile covers his eyes to avoid looking at Borromini’s church of Sant’Agnese, while the Rio della Plata statue lifts his hand as to protect himself from the possible fall of the bell towers; this false, but curious anecdote underlines the historical rivalry between the two architects.
Cam online since: 05/10/2013
PHOTOS
PHOTOS
Loading...