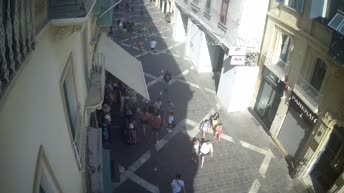 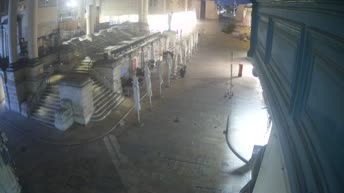 The Parliament of Valletta

The splendid capital of Malta, Valletta (Il-Belt Valletta), as one of the most beautiful baroque masterpieces in the world, was officially recognized as a World Heritage Site by UNESCO due to its huge cultural importance; located on a peninsula and surrounded by the sea, Valletta is a popular holiday destination of extraordinary beauty, the heart of the Mediterranean rich in natural wonders, history and important traditions.

Once known as 'Humilissima Civitas Valettae' (The Most Humble City of Valletta) and named after its French founder Jean Parisot de Valette, the city was built by the Knights Hospitaller (also known as the Hospitallers and later Knights of Saint John or Knights of Malta) in the 16th century; they decided to construct a new fortified city on the Sciberras Peninsula that, thanks to its strategic position and its two natural and prestigious harbours, Marsamxett (Il-Port ta' Marsamxett) and the Grand Harbour (Il-Port il-Kbir), became over the centuries not only a powerful fortress city but also a strongpoint of culture and economy in the world; Valletta was badly damaged during the Second World War, the Grand Harbour, in particular, was the scene of even more destruction but today it is premier destination for yachts and superyachts and a must while staying in Malta.

Valletta is today the permanent seat of the Maltese government and a lively cultural centre where the university, the highest teaching institution in Malta, finds its best expression, it's not coincidence that Valletta was announced as The European City of Culture for 2018, a prestigious title that reflects the extraordinary cultural heritage of this baroque masterpiece including some of the most prestigious works of architecture such as very ancient forts and bastions, the St John's Co-Cathedral (Kon-Katidral ta' San Ġwann), one of the most beautiful churches in the world, the majestic Grandmaster's Palace, the star-shaped Fort Saint Elmo (Il-Forti Sant Iermu), the symbol of Malta that bore the brunt of Turkish arms during the Great Siege of 1565, or the Auberge de Castille (Il-Berġa ta' Kastilja), all worth a mention. Discovering the city will mean an emotional journey through history where the Valletta's characteristic elements of old and modern style, lights and colours, traditions and culture, music and fun will merge together for an unique and exciting experience; the rich tourist offer includes modern accommodation facilities, fashion nights, all sorts of possibilities for water sports, moreover a visit to Valletta must include a trip to the public gardens...walking along the walls you should stop just admiring (or visiting) the famous Barrakka Gardens (Il-Barrakka ta' Fuq), panoramic gardens of a charming beauty originally the private property of the Italian members of the Knight of St John; the Barrakka Gardens are divided into Upper Barrakka Gardens (Il-Barrakka ta' Fuq) and Lower Barrakka Gardens (Il-Barrakka t'Isfel), the lower ones offer a magnificent view over the Grand Harbour, Marsamxett Harbour and the Cottonera line including the Three Fortified Cities of Birgu, Bormla and Senglea (L-Isla); highly appreciated for their neo-classical style they are enriched with precious monuments, a wonderful temple and a number of commemorative plaques related to very important historical events. After a day's sightseeing walking along the seaside promenade will be exciting, it is the ideal spot where to take part in international cultural events, entertainment, exhibitions and so much more all night long while enjoying amazing sea views or the breathtaking skyline of the nearby Three Cities.

In particular, Birgu (also known as Vittoriosa due to the vital role played in the Siege of Malta in the 16th century) plays a significant role in Maltese history as the first home of the Knights of St John, what still remains today is a reminder of their former auberge; due to its key position in the Grand Harbour it was fortified and strengthened in preparation for attacks, the Fort St Angelo (Forti Sant'Anglu) met these needs. The tourist attractions of Birgu include many ancient churches, majestic palaces, forts and walls, a charming bay and rich entertainment programs, an important place on the cultural calendar is the Carnival introduced by the Knights of Malta in the 16th century.