This live cam in South Korea provides a breathtaking panoramic view of the Banpo Bridge in Seoul.

As South Korea's capital, Seoul is a huge metropolis whose modern skyscrapers, technologically advanced subways and pop culture combine with Buddhist temples, palaces and street markets. One of the city's most popular attractions is the Banpo Bridge, visible from this Seoul live cam. Located on the Han River, the bridge connects the Seocho and Yongsan districts and has been declared “the longest bridge fountain in the world” by the Guinness Book of World Records. During the Banpo Bridge Moonlight Fountain Show, 380 rainbow jets emerge from the sides of the bridge, creating an unforgettable spectacle! When in Seoul remember to stop by the Namsan Tower, one of Seoul’s landmarks, from which amazing views can be enjoyed. If you're looking for some relaxation, a picnic at Han River Park is a must! 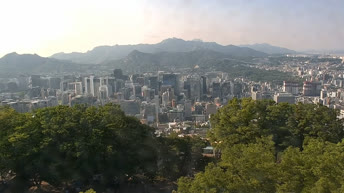 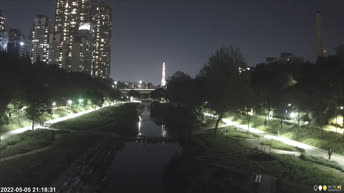 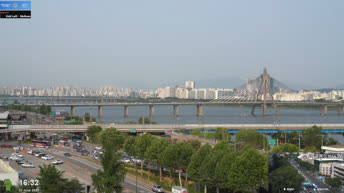