View over the Sydney Harbour Bridge

If you're planning a trip to Sydney, check out this stunning view from the Sydney Harbour Bridge webcam.

Sydney's Harbour Bridge is one of Australia's best-known landmarks and one of its most photographed attractions. It's the world's broadest and heaviest steel arch bridge and the sixth-longest. Imposing, yet sophisticated, it towers over the bay skyline. Better known to locals as "the Coat Hanger," the Harbour Bridge has been running between Sydney's north shore and the city center since March 1932. Although its neighbouring Opera House is the city’s most famous icon, the Harbour Bridge is the first to catch your eye once you reach Circular Quay.

Enjoy this webcam in Sydney and click here to learn about other nearby locations with our webcams in Australia. 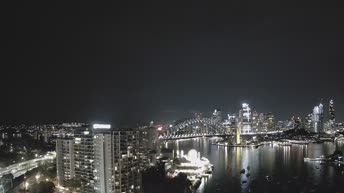 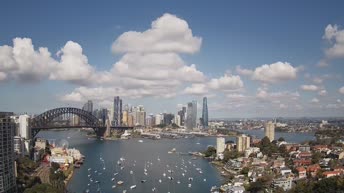 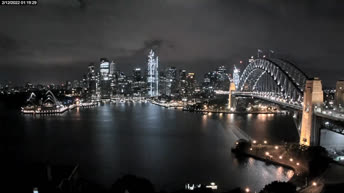