Although one of the smaller towns in Gozo (Għawdex), Għarb boasts ancient origins dating back to the Neolithic and Bronze Ages.
The name Għarb comes from the Arabic “West, the town center of this exciting archaeological site displays evident traces of its history. Narrow cobbled streets, alleys and rural farmhouses welcome tourists from all over the globe. One of its main attractions include the stunning Baroque parish church, built between 1699 and 1729 and commonly known as the Church of the Visitation (Il-Bażilika u Kolleġġjata tal-Viżitazzjoni), dedicated to the Visitation of the Blessed Virgin Mary to St. Elizabeth.

Can you spot it on our Għarb live camera?

Explore this beautiful archipelago in the Mediterranean Sea with our webcams in Malta! 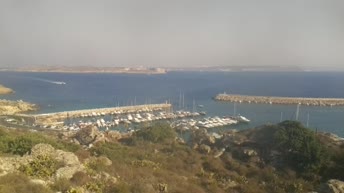 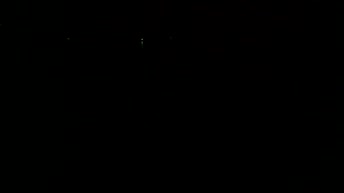 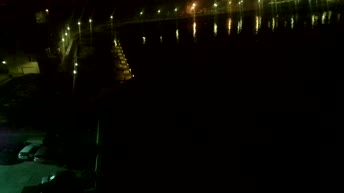 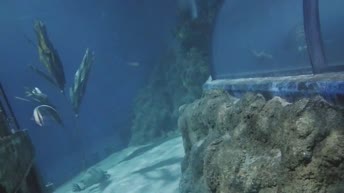 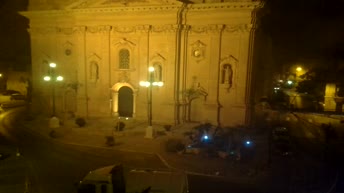 Lovely town of Gozo (Għawdex), Għarb boasts very ancient origins dating back to the Neolithic and Bronze ages, an exciting archaeological site with an Arabic name meaning 'West' that would prove the presence of this population here between 870 and 1090 A.D.; some buildings still keep their original rural structure with decorated stone balconies, its ancient roots can be seen in the centre of the town through narrow and cobbled streets, alleys and rural farmhouses scattered everywhere.

Located on the most westerly place and the most panoramic and highest point of the island, the Ta' Dbiegi hill, Għarb played and important role during the Knights of St. John's period thanks to its coastal lookouts, the first to signal the arrival of enemies to the beleaguered Maltese by constantly relaying smoke signals. Today Għarb is a very quite town where it is possible to still enjoy the atmosphere of an ancient hamlet, as one of the most fertile areas of Gozo, its agricultural production is a massive part of its economy, it could be extremely easy to meet old people retaining a typical old Maltese dialect, almost non exixtent somewhere else. The craftmen also play a very important role in servicing the economy of Għarb, a great part of locals are excellent metal and textile workers, carpenters, the town is also popular for the manufacture of the unique “Gharb blade” the tradiitonal sharp knife popularly known as the 'Sikkina ta' l-Għarb'; a tour of this lovely town should include a visit to the Għarb Folklore Museum located in a privately-owned house from the early 18th century, 28 rooms host a large collection of antique tools and artefacts, unique memories of a glorious past and popular traditions. Għarb is not so large if compared with other major places, however historically, it played an important role in safeguarding Malta, moreover lovers of nature will enjoy its natural beauty and peacefulness while history-lovers will be delighted to find so many reminders of a rich past. Għarb locals are still very traditional, their ways of life are strongly rooted in simplicity as Gozo history and culture have to teach...

Among its architectural attractions the splendid baroque Parish Church is worth a visit, built between 1699 and 1729 it is commonly known as Church of the Visitation (Il-Bażilika u Kolleġġjata tal-Viżitazzjoni) dedicated to the Visitation of the Blessed Virgin Mary to St. Elizabeth, the church boasts two twin clock-towers, a façade of extraordinary beauty adorned with three female figure, Faith situated above the main door, Hope with the ancor and Charity situated at its sides; the interior is elegant, splendid the Visitation and the altarpiece, a personal gift of the Grandmaster de Vilhena. The feast day is on the 31st May of every year, however the outside festivities are held on the first weekend of July.